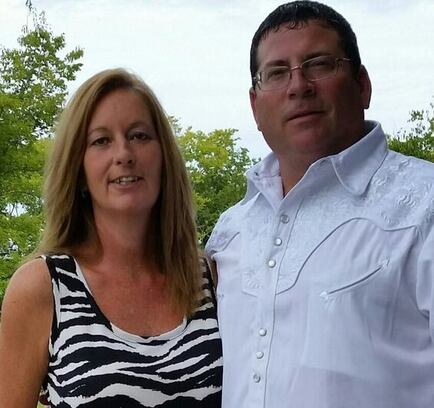 2016-2017  has been a year of prayer.  I’ve been blessed to have men and women of God from around the country call to pray for me, my family, and our Ministry.  I’ve had letters of love and support from those who have wanted to express their love for our son, Aidan.  At the same time, I have been blessed to pray for others across the country who were in need for various reasons.  One grandfather requested prayer for his 6 year old granddaughter who has leukemia. A man from Texas, newly released from prison, just desired a new start with the Lord.  A Kentucky man wanted to thank me for helping him rededicate his life to the Lord; he now pastors his own church in Woodbine, KY.

I am in constant contact with our heavy-hitter Chaplains, and I frequently hear the praise reports of families being changed through the CD handouts. Many lives have been given to Christ as a result of our Chaplains’ testimonies.  Because we give Christ all the glory, we know that God is working through this Ministry. Our founder, Darrell Spicer, always has his spiritual eyes and ears open to what the Holy Spirit has to say about those in need.  Mr. Spicer has led men and women to the Lord through re-dedication, salvation, and spiritual leadership with their families this past year, as well as being a personal mentor to his Chaplains.

By the Grace of God, I was able to experience a true miracle this year in the mountains of Kentucky. Some men were united in witnessing to a young, lost soul, and as the rains and storms came down in the open field, not one drop of water touched us as we shared Jesus for the full 20 minutes we were out in the open. I would like to close with an amazing story that happened to me this year as I was confronted by a man who had some obvious problems, including addictions. He was adamant that the source of his problems was his wife; he blamed her for his addictions. I talked with him for 2 hours, gave him a Bible with select verses underlined just for him, and suggested a specific church for him to attend. I  was certain I had handled the situation with care, and that he would be OK. The next day, to my surprise, he was waiting for me to get back from work so he could talk to me again. This time, he was angry, and he made it clear that he was going to kill his wife that night. I let him do the talking, so he could finally get this off his chest. He needed to realize that this problem was not on only one person, but resulted from the lack of Jesus Christ in their marriage. At the end of the conversation, he hugged me and saw me as a real person, as I prayed for both of them. As a token of trust, he gave me the weapon with which he had planned to kill his wife that night. He asked me to keep it, and remember his name, and that he was a man in need.
Chaplain Richie Turnbo, the I-40 Chaplain